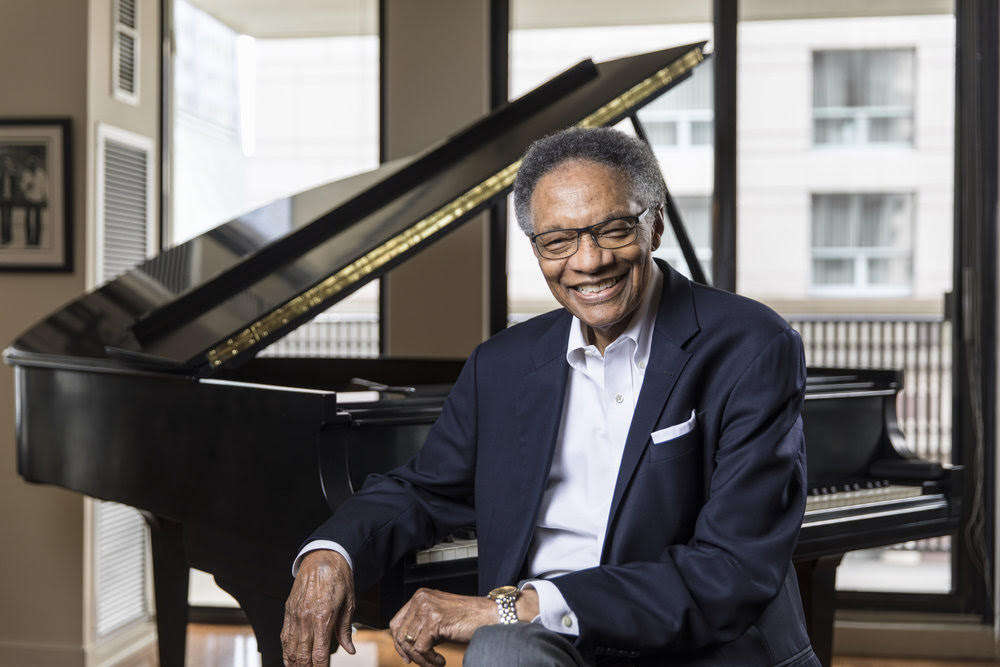 January 30 – Love Notes - Ramsey writes a musical note in this beautiful show expressing his love through music, his romance with his wife Jan, and his labor of love with the art form that has made him a jazz legend.

February 27 - West Side Story And Other Stories Of Love - Inspired by William Shakespeare's play Romeo and Juliet, West Side Story's music was written by the legendary Leonard Bernstein. Ramsey revisits this classic musical and other stories of love in his February, Valentines month, show.

March 27 - Most Requested Songs - The Great Performer plays his greatest hits as well as fan favorites requested through his social media sites and StageIt.

April 24 - Songs From The In Crowd - In the mid 60’s, Lewis was the nation’s most successful jazz pianist, topping the charts with "The 'In' Crowd". The single sold over one million copies, and was awarded a gold disc. Now Ramsey is revisiting this classic record with a very special Saturday Salon - Ramsey Lewis Plays Songs From The In Crowd!

May 29 - The Incurable Romantic - Ramsey has always been an artist who lives and philosophizes love and romanticism. He has swooned us for decades with song and this show features some of his all time favorite love songs of his and other artists.

June 26 - Songs From Black Orpheus And Other Movie Themes - Black Orpheus won the Academy Award for Best Foreign Language Film in 1960. Equally memorable was the soundtrack album, which featured the music of two of Brazil's top composers, Antonio Carlos Jobim and Luiz Bonfa. In this show Ramsey plays his interpretations of his favorite songs from the soundtrack and other movie themes.

July 31 - The Beatles Songbook Volume II - The Beatles are the best-selling band in history, with estimated sales of over 600 million records worldwide. Their music has captivated generations. Now three time Grammy winner Ramsey Lewis returns with an exciting new show celebrating some of the greatest songs ever written by The Beatles. The songs were carefully chosen from The Beatles catalogue for their instrumentation and arrangements to be seamlessly intertwined with extraordinary piano brilliance of NEA Jazz Master Ramsey Lewis.

September 25 - An Hour With Ramsey Lewis - Released in 1959, An Hour with the Ramsey Lewis Trio was considered a landmark album. It was one of the first records ever to have a total running time of nearly an hour, instead of the standard half an hour that was common to most albums from that period. In this show Ramsey packs his classic hits and deep cuts into 60 glorious minutes.

October 30 - In Love With Love - For lovers only, Ramsey explores the greatest human emotion in this show of the most beautiful love songs.

December 24 (special Friday edition) - More Sounds Of Christmas - For this performance Ramsey revisits his classic Holiday record More Sounds Of Christmas. One of the best-selling Christmas jazz albums with his classic trio of Redd Holt and Eldee Young who serve up a tight set of grooves based around Holiday favorites like "Winter Wonderland," "Santa Claus Is Coming to Town," "Sleigh Ride," and Lewis' "Christmas Blues"

GRAMMY® Award-winning pianist and NEA Jazz Master Ramsey Lewis continues his live streaming ticketed solo performances with a second season of twelve shows announced for 2021. The “Saturday Salon” will take place on the last Saturday of every month and feature a 60-minute performance at 1:00 PM Central Time. Tickets are $20 per show and on sale today at StageIt.com/RamseyLewis. Season passes are also available for purchase until January 30th for $200. A portion of the proceeds from each performance will benefit The Jazz Foundation of America. The JFA is one of the leading non-profit organizations focused on aiding jazz musicians in this international time of need. The season kick off January 30 with Love Notes – Ramsey writes a musical note in this beautiful show expressing his love through music, his romance with his wife Jan, and his labor of love with the art form that has made him a jazz legend.