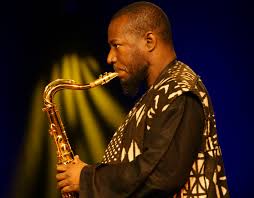 In partnership with NYC Parks

Philadelphia-born saxophonist Antoine Roney has been a distinctive voice in jazz for over four decades. After studying with Jackie McLean at the Hartt School of Music, he worked with a long line of greats including Clifford Jordan, Donald Byrd, Rashied Ali, Arthur Taylor, Freddie Hubbard, Elvin Jones, and his late brother, Wallace Roney. An accomplished bandleader with several albums to his name, he is also the father of rising jazz star Kojo Roney.