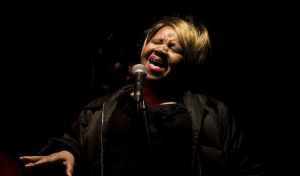 Join us for a concert with the fun, engaging, and astute vocal stylist, Boncellia Lewis. She has been a fixture in the NYC music scene for several decades. Known for her long residencies at the Red Rooster in Harlem and Chez Josephine in midtown, she has also toured in Europe, South America and across the U.S. She has worked with notable artists like Donald Smith, Bill Saxton and Harry Whitaker, and has mentored many younger musicians.

Masks are strongly encouraged during all activities at recreation centers. Wash your hands before attending a program. Stay home if you are sick.