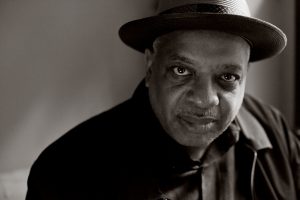 Live from Harlem, The Jazz Foundation Presents: Bill Saxton and the Harlem All-Stars

VIRTUAL EVENT LINK
The National Jazz Museum in Harlem and Jazz Foundation of America present the Bill Saxton and the Harlem All-Stars for a virtual concert.

Bill Saxton was born in Harlem, attended NYC public schools, and began his music career in the late 1960s. After graduating from The New England Conservatory of Music in Boston, he went on to appear with and/or record with jazz giants such as Roy Haynes, Jackie McLean, Clark Terry, Nancy Wilson, The Duke Ellington Orchestra, The Count Basie Orchestra, Frank Foster, Carmen McRae, Mongo Santamaria, Roy Ayers, Barry Harris, Tito Puente, and Charles Tolliver, to name a few.

He has also established himself as a bandleader of world class musicians for over forty years, being joined by Bobby Watson, Hilton Ruiz, Bobby Forester and John Hicks.

Saxton toured extensively with the US State Department in West Africa, and went on to play across Europe, Japan and the Caribbean. He has been recognized as a Harlem jazz legend by the White House, the Jazz Museum in Harlem, and the New York Public Library for the Performing Arts.

In 2006 Saxton opened Bill’s Place, a historical jazz landmark on West 133rd St and 7th Ave, where he honors the purist legacy of serious straight-ahead jazz.