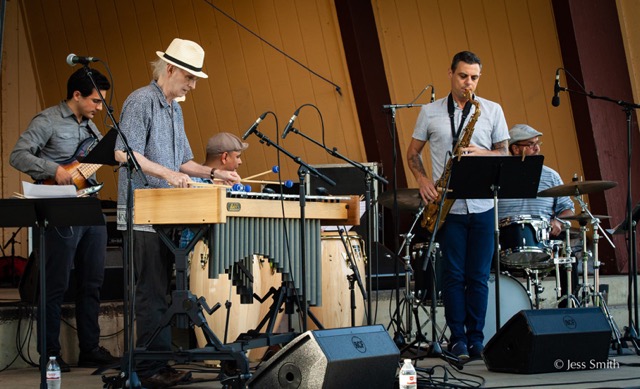 For over thirty years, numerous Latin music record distributors dotted the landscape of 10th Avenue from 42nd to 52nd streets. This is the second of two concerts that will focus on the once-vibrant Latin music record industry that no longer exists in Hell’s Kitchen as well as the tradition of the vibraphone in Latin music. Historical commentary and photograph displays will be a part of the performances. Legendary guests include percussionist Ray Mantilla and bongocero/singer Jose Mangual Jr.

Made possible by public funds from Creative Engagement, supported by the New York City Department of Cultural Affairs in partnership with the City Council and administered by LMCC.