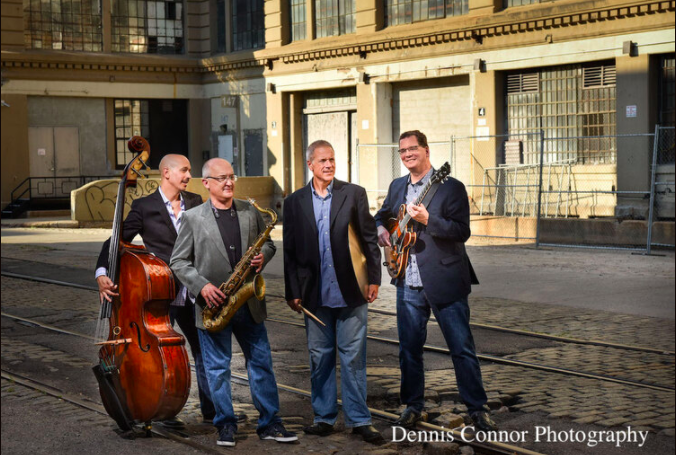 VIRTUAL EVENT LINK
Since 2014, contemporary jazz band Spin Cycle has been bringing their original creations to the music world. Co-lead by Scott Neumann and Tom Christensen, Spin Cycle is a great place to highlight their flexibility and reach—and their capacity for surprise. On any given song, you might encounter the modal influence of John Coltrane, the second-line funk of New Orleans, and/or the edgy experimentation of free jazz.

Featuring guitarist Pete McCann and bassist Phil Palombi, both who are bandleaders and well-respected artists on their respective instruments, Spin Cycle has spent their time since their inception touring and recording. With three recordings under their belt, and a fourth on the way, Spin Cycle has taken their original music to venues, festivals and educational institutions stretching from the Mid-Atlantic, west to the Midwest and north up into Canada.

There is, to be sure, plenty of musical comfort food provided by Spin Cycle, with compositions by Christensen, a consummate multi-instrumentalist who mostly plays tenor saxophone, and by Neumann a versatile and expressive drummer as well. Having performed in all kinds of settings including the Vanguard Jazz Orchestra, the Jazz Mandolin Project, the Gil Evans Project, Madeleine Peyroux’s touring group, Broadway pit bands—and Cheap Trick—the co-leaders know how to dig deep, swing hard and also touch on the intimacy and introspection of a ballad.