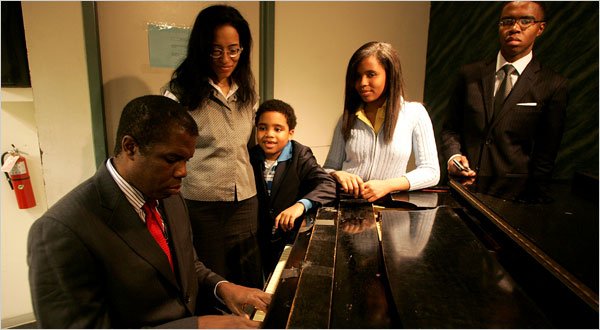 With his wife’s help, Terence Conley walked slowly toward a piano on a recent Thursday at the Jazz Foundation of America headquarters in Manhattan.

“Play something nice,” Judith Conley told her husband as she eased him onto a piano stool.

Mr. Conley, 51, steadied his fingers above the keys, smiled across the room in the direction of his three children and began playing “Ruby, My Dear.”

“I’m glad he chose that tune,” his wife whispered. “It’s one of the hardest to play in all of jazz.”

For Mr. Conley, a former member of the Count Basie Orchestra, tackling those difficult chords was another small but important step in his recovery from a September accident that nearly killed him.

Several months before, he had taken a job as a driver for Federal Express to earn some extra money — decent-paying jazz gigs had been disappearing even before the recession.