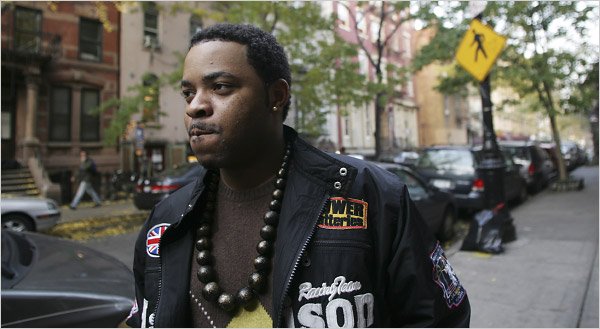 The musical Prince of New Orleans has been touring New York in vagabond shoes.

“I’ve been walking around at night looking at all the clubs and the restaurants, just trying to figure out a new beginning for myself,” said Davell Crawford, 32, sitting on a piano bench recently at Roth’s Westside Steakhouse on the Upper West Side, where he practices. “I’m just thankful to be given another chance in a great city like this, a chance to fit in somewhere and entertain the people.”

Mr. Crawford, a jazz artist who is as well known in New Orleans as Mardi Gras, lost everything but his melodious soul in 2005 to Hurricane Katrina, which caused many musicians to leave and try to find work in other cities.

His career ruined by the storm, the man who once opened for Etta James, jammed with Lionel Hampton and thrilled audiences on four continents lives in a tiny Manhattan apartment provided by the Jazz Foundation of America, which has aided in more than 3,000 emergency cases involving musicians and their families affected by Katrina.

“Davell is a cross between Stevie Wonder and Ray Charles, a male Billie Holiday,” said Wendy Oxenhorn, the executive director of the Jazz Foundation. “He is way too talented to be going through hard times.”

Mr. Crawford, called the Prince of New Orleans by a former mayor, Marc H. Morial, said that Katrina wiped out his apartment and his Lower Ninth Ward recording studio, where he kept his grand piano, recordings, compositions, jewelry, even money.