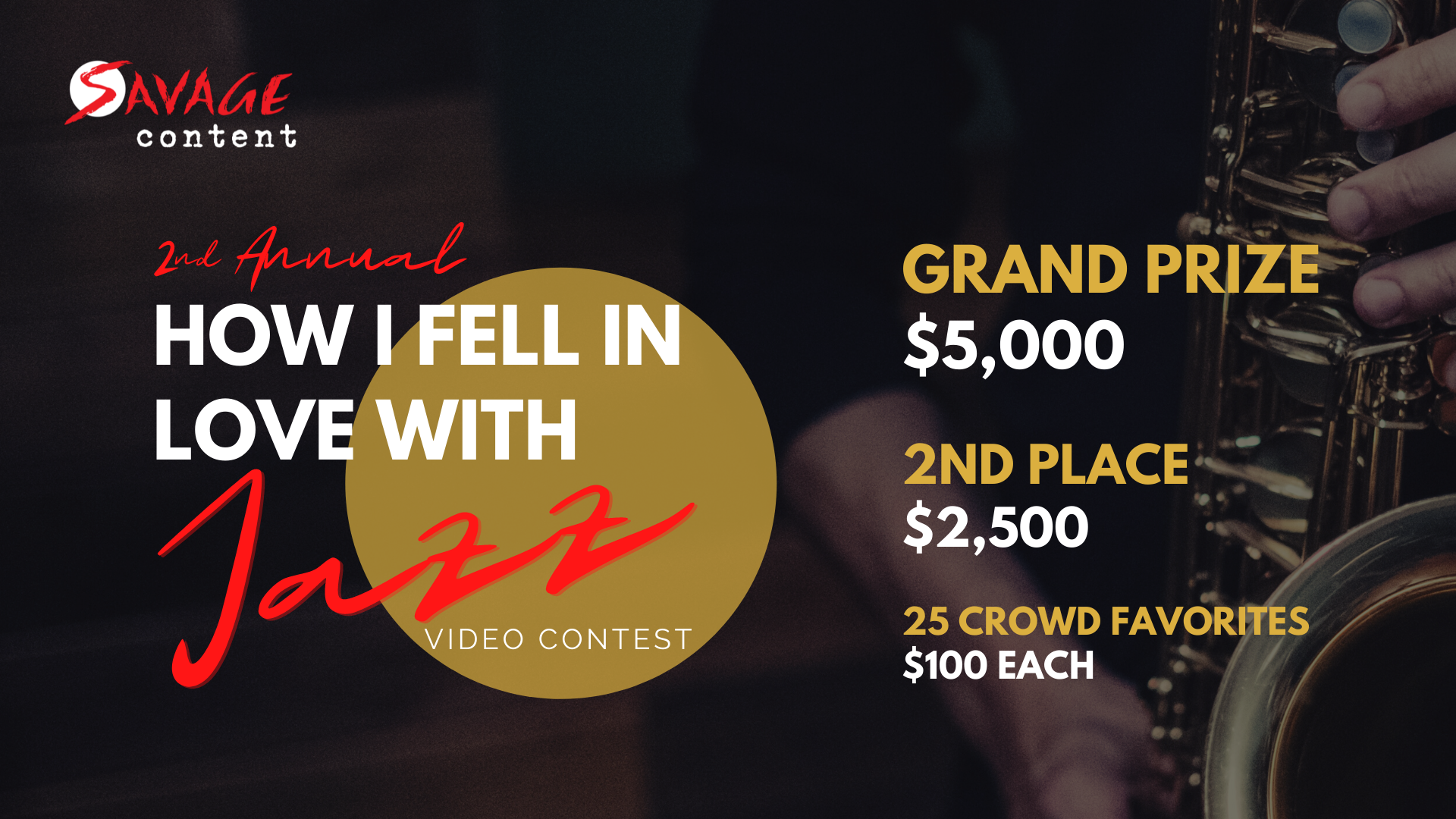 Savage Ticket “How I Fell in Love with Jazz” Contest

To Benefit the Jazz Foundation

Los Angeles, CA, November 18, 2021 – Savage Content, the online platform that offers innovative opportunities to hear and experience music and entertainment, has announced its second annual “How I Fell in Love with Jazz” video contest.

The online contest, open to the public, offers cash awards to 27 finalists: a $5,000 grand prize and a $2,500 second prize – both double last year’s grants – and 25 “crowd favorites” awards of $100 each – for the best video diary of one to three minutes in length, explaining how jazz fans and players developed their love for America’s indigenous musical art form. With a new extended deadline, entries are now open through Jan. 15, 2022.  Public voting will take place through Feb. 1, 2022.  The winners will be announced on Mar. 7, 2022.

Savage Content was launched last year by entrepreneur Kent Savage to foster a deeper understanding of and involvement in jazz and other arts and entertainment. Concurrent with the site’s founding, the Kent and Martha Savage Family Foundation made generous donations to the Jazz Foundation of America’s COVID-19 Musicians Emergency Fund, the non-profit organization mounted last year to serve musicians in need after the pandemic lockdown shook the touring and recording industries.

Kent Savage: “When we launched How I Fell in Love with Jazz last year, I was so inspired by the creativity and passion that emanated from the videos submitted to us.  While we continue to face many challenges, I hope great music continues to lift up everyone’s spirit and look forward to seeing the new submissions.”

Savage Content has once again secured an award-winning distinguished group of jazz professionals to judge the “How I Fell in Love with Jazz” submissions after the contest closes early February 2022. The judges are: