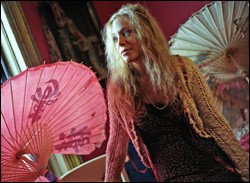 In 1918, the New Orleans Times-Picayune declared jazz “an atrocity in polite society,” and fulminated that “we should make it a point of civic honor to suppress it. Its musical value is nil, and its possibilities of harm are great.”

But jazz went on to become an international language, surviving even in dictatorships that banned it. Nazi Germany condemned the music as a disgusting “Negro-Jewish” mongrelization. And in the years jazz was still prohibited in the U.S.S.R., a Moscow tenor saxophonist wrote me that he had translated my John Coltrane liner notes and covertly distributed them to other musicians in unlawful samizdats.

But as the years went on, and more sidemen and leaders grew ill or fell out of fashion, few of the music’s admirers here or around the world were aware of the barren last years of these musicians. Jazz musicians do not have pensions, and very few have medical plans or other resources. Pianist Wynton Kelly, for example—a vital sideman for Miles Davis and Dizzy Gillespie—died penniless. I was at the first recording session of pianist Phineas Newborn, whose mastery of the instrument was astonishing. As jazz musicians say, he told a story. His ended in a pauper’s grave in Memphis.